Loom knitting
A method of arranging and connecting mediums such as threads and yarns to form fabric, which can be shaped and formed into objects. This is completed on a loom, which is often made of wood, plastic, or even metal.
A loom consists of a base with pegs placed at intervals. The pegs may be fixed or removable. There may be an anchor peg, which is affixed to the side of the base. A slip knot is placed on the anchor peg to begin the project. If there is no anchor peg, the slip knot is placed on peg 1 of the loom unless otherwise noted.
On a round loom the stitches are done all around, then the next round is begun on peg 1. Do not turn.
You can also turn at the last peg before the anchor and make a flat piece. This makes rows.

The base of most projects consists of row or round 1. This is usually a series of wrapping the pegs, wrapping them again, and then lifting the bottom loop off the peg over the top loop. The top loop is part of the next row or round.
On a round loom the stitches are done all around, then the next round is begun on peg 1. Do not turn.
You can also turn at the last peg before the anchor and make a flat piece. This makes rows.
There are a couple of ways to wrap the pegs, which result in different designs on the bottom row or round.
One basic way is to make an e-wrap. From the inside of the loom, bring the medium (working yarn, abbreviated WY) up from the anchor, cross the inside, wrap around the back of the same peg, bring the WY across the front again to the back of the next peg, repeat for the number of stitches you want. Wrap the next row or round and lift the bottom stitches off to create your first row or round.
Checklist so far: 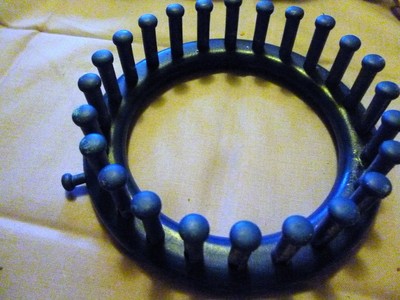 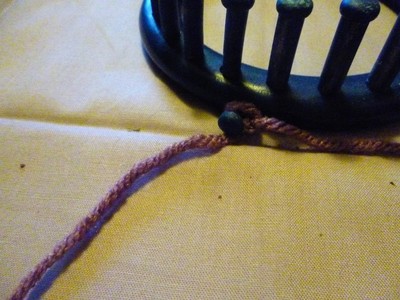 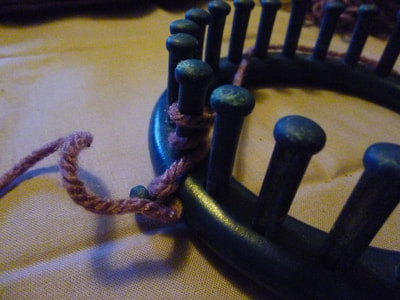 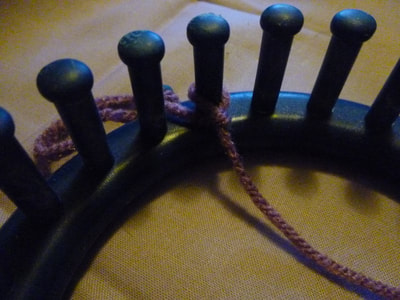 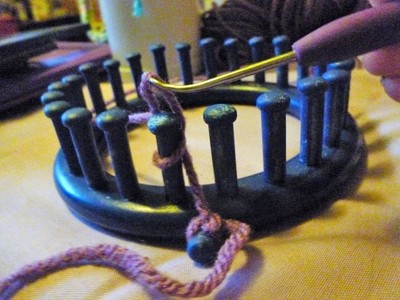 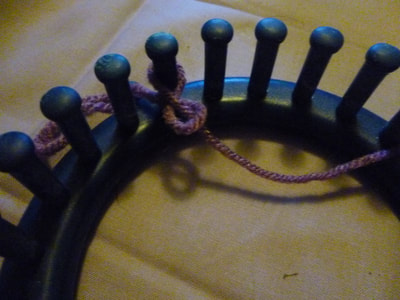 Parts of the e-wrap stitch 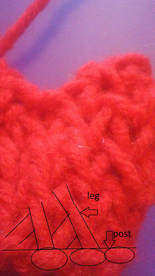 The e-wrap creates a twisted knit stitch, comprised of two legs and a post. The height and width of the legs are determined by the size of the pegs. This will help set your gauge, how many stitches and rows equal an inch. This is important for your pattern.

How to do the U-wrap stitch.

The crochet cast on create a bottom very similar to real crochet. It can be cute on hats and scarves.

So what's the difference between u-wrap and crochet cast ons? 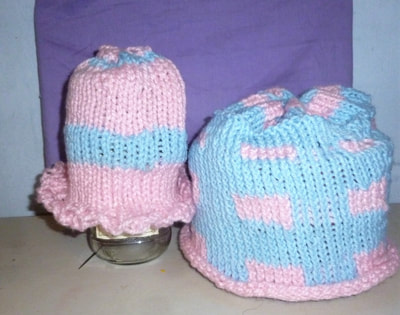